Carter is also President and CEO of Tolleson Private Bank. In this role, he is responsible for all functions of the Bank including Tolleson Private Trust, the firm's Trust company, as well as all credit decisions. He chairs the bank's Trust Committee, Asset Liability Management Committee (ALCO), and Credit Committee.

Carter earned a Bachelor of Science degree in Finance from the University of Arkansas and currently serves on the Dean’s Executive Advisory Board of the Walton College of Business at the University. He is a graduate of the Southwestern Graduate School of Banking (SWGSB) at SMU and holds a certificate in financial planning from SMU.

Carter actively supports numerous Dallas arts and cultural organizations. He is the Chair of the Board of Directors of the SMU Tate Lecture Series and serves on the boards of The St. Philip's School and Community Center, the Constantin Foundation, and The Senior Source. Carter also serves on the Pastor Parish Relations Committee at Highland Park United Methodist. He has been an active member of the Young Presidents' Organization (YPO) since 2008 and was a former board member of Dallas Area Habitat for Humanity.

In 2012, Carter was named as a member of the “Top 40 Under Forty” by the Dallas Business Journal, an honor given to top executives under 40 years old. In 2022, the publication named him one of the Most Admired CEOs.

Carter is married with four children. He is a longtime Dallasite and Park Cities resident. Outside of work and spending time with his family, he is involved with numerous other charitable organizations, children’s schools, and enjoys collecting art. 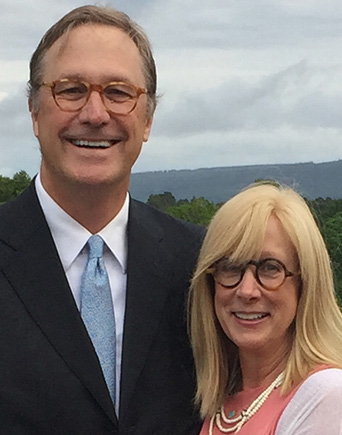 Diana and Todd Maclin have been dear friends of St. Philip’s School and Community Center for well over two decades. Over the years, both have served as board members and most recently as Co-Chairs of St. Philip’s We Believe Campaign through 2019. Todd retired from JPMorgan Chase in 2016 and currently operates his own company, Maclin Management. He serves on the Board of Directors of Kimberly- Clark Corporation and RRH Corporation. The Maclins have been generous contributors through their leadership and treasure to many organizations in the region and state that focus on education, health and more. This includes UT Southwestern and the University of Texas, where the family recently established a comprehensive scholarship supporting first-generation, college bound African-American children and their families. 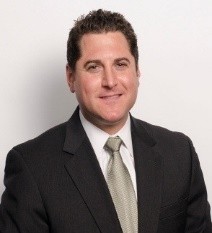 Kevin Muskat, a member of St. Philip’s We Believe Campaign Cabinet, has over 25 years of transaction, finance and accounting experience, including approximately 20 years in the Strategy & Transactions practice of EY. A graduate of The University of Texas at Austin, Kevin has participated in due diligence and acquisition advisory engagements for private equity investors and corporate acquirers, both on the buy side and sell side.

Mr. Muskat is a partner within the Dallas branch of Social Venture Partners. He proudly co-leads the Black Professional Network for EY in Dallas, TX, a group focused on increasing hiring and retention for under-represented minority groups of professionals. He has leadership roles in the West Region as well as nationally, in relation to EY’s D&I efforts. Kevin is also highly involved with EY’s United Way Campaign each year.

Native Texans, John and Ellen McStay, have served the Dallas community for many years through various civic and religious organizations. John is from Vernon, Texas. He received his B.B.A. and M.B.A. degrees from the University of Texas at Austin. John received his Chartered Financial Analyst designation in 1972. While working in Austin, John was a Ph.D. candidate in business and economics at U.T. from 1975 to 1977. He was inducted in the U.T. Hall of Fame of the McCombs School of Business in 2008. Throughout his professional career, John has managed investments for an array of corporations, endowments, foundations and universities across the U.S. Presently, John is the managing partner of a private investment company with investments in a wide range of financial assets, real estate, ranching, oil and gas and operating companies. Additionally, he has served, or is serving, on the investment committee of UTEMCO, UT Southwestern Medical Foundation, Texas Health Resources Investment Committee, the Communities Foundation of Texas and numerous others.

Ellen was raised in Dallas and graduated from Thomas Jefferson High School. She received her B.S. in Elementary Education from the University of Texas at Austin. Prior to staying home to raise her family, Ellen was an elementary school special education teacher. Currently, Ellen serves as President of the Morning Star Family Foundation whose primary mission is to partner with Dallas area faith-based non-profits dedicated to providing basic human needs to the disenfranchised in our community. She is a life board member of Camp John Marc, a camp serving children with chronic illness and major Physical Disabilities and on the advisory boards of several non-profits. Ellen is also a partner in a retail enterprise, Blue Star Trading/Ranch Outfitters/Blue Star Home in Hico, Texas. Highland Park Presbyterian Church is their church home. John serves as a reserve elder and Ellen as a reserve deacon.

In 2007, they formally created the Faith-Based Forum, an organization consisting of approximately 30 Dallas faith-based entities that share the mission of the Morning Star Family Foundation. The Faith Based Forum provides opportunities for education and networking that result in more effective ministry and service to those dealing with the physical, spiritual and emotional needs of individuals and families in our community. St. Philips is a member of this group. Ellen and John feel fortunate to have their two children, Judge and his wife Kerry, and Dee and her husband Billy, and their grandchildren Cole, Macey, Dutch and Cash residing in Dallas.

“Therefore, as we have the opportunity, let us do good to all people, especially to those who belong to the family of all believers.”