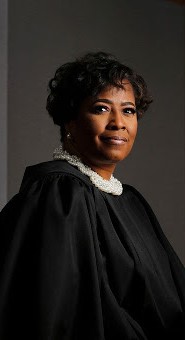 Judge Kemp received her undergraduate and legal education at the University of Oklahoma. Following law school she served as an Assistant Attorney General and as Assistant Secretary of State while in Oklahoma. After relocating to Dallas, she joined the Dallas County District Attorney’s office. Judge Kemp is a member of Concord Church, where she serves in the deaconess ministry. She is a member of Delta Sigma Theta Sorority, Inc. She is married and the mother of three amazing young adult children, all of who are SPSCC alum.